With her proud mother present in the audience, UWI Communications Major, Nastascia McFarlane, gave yet another confirmation of the vitality of the CB/UWI 5K Scholarship Run (and Smart Eggs Kids K) as she ably guided the proceedings at the launch of the 2018 edition of the event, at the UWI Regional Headquarters last Monday, October 1. The fund raising event is set to be renewed on Sunday, November 11.

Representing title sponsor CB Group, Chief Operating Officer Matthew Lyn expressed great pleasure with the progress of the event and of scholarship awardees like Nastascia, who, he said, made the efforts of his company worthwhile in further benefiting the cause of education. Some 150 students have been awarded scholarships since the inception of the Run, which last year attracted over 5000 participants.

The CB CEO said he was also particularly touched by the testimony of scholarship recipient Tomoy Nembhard, Accounting student with a GPA 3.5 average, who while responding on behalf of her fellow students, described, in moving terms, the experience of focusing on her studies while coping with living with 11 other persons in a single dwelling. Tomoy said the scholarship meant that she had “one less thing to worry about.”

“It is examples such as these students, why we continue to invest in education,” he said of his company CB Group, which has been sponsoring the event from its inception some 7 years ago. Lyn then challenged the 27 scholarship recipients to look beyond the obvious and conventional fields to make their respective marks. "Jamaica is a different place than it was 15, 10 or even 5 years ago, and with technology and globalization, it will be a different place even when you get into the working world, so think hard about the opportunities in front of you and of what kind of  impact you want to have."

Pro Vice-Chancellor Global Affairs, Ambassador Richard Bernal, praised the project, and placed it in the context of the University recently being named among the top 5% of universities around the world, according to the 2019 Times Higher Education World University Rankings. Ambassador Bernal noted that the Run was the single biggest fund-raising activity for the year in respect to scholarships and student aid and that providing assistance to students with financial needs was the main way to sustain the University’s position amongst the world’s leading institution and to ensure it continued to contribute to national and regional development.

The meeting also heard from TV and radio personality and Law graduate at the University, Khadean "Miss Kitty" Hylton, who also assisted several students in her cohort. Miss Kitty urged individuals to play their part in supporting the "very worthy cause of tertiary education" and encouraged the awardees to go for their dreams. Co-Patrons Donette Chin-Loy Chang and Douglas Orane also addressed the launch. Speaking via an internet link, Chin-Loy Chang, Chairperson for Food for the Poor Canada and Co-Patron of the UWI Toronto Benefit Gala, which she pointed out has provided over 200 scholarships, while honouring outstanding Jamaicans. Mrs Chin- Loy Chang congratulated the organizers and sponsors involved.

Known for his tenure at the head of conglomerate Grace Kennedy, Mr Douglas Orane told the gathering that he makes a point of keeping company and counsel with young people, such as the awardees. "The youth don't carry the baggage of negatives from the past," he said. "They know that they want a better life and they just get in and put their enthusiasm towards accomplishing their goals." In a further demonstration of his commitment, young musician and student Alex Lawson was awarded the Douglas Orange Scholarship (to the tune of J$300,000) , a personal contribution from the Co-Patron.

Director of Running Events Alfred Francis outlined the procedures, timing and course for the Run, urging participants to "come out early. Going further, he described the event as "an opportunity" challenging the awardees/ambassadors to encourage their peers and family to come out, and challenged the awardees to make healthier living a priority. 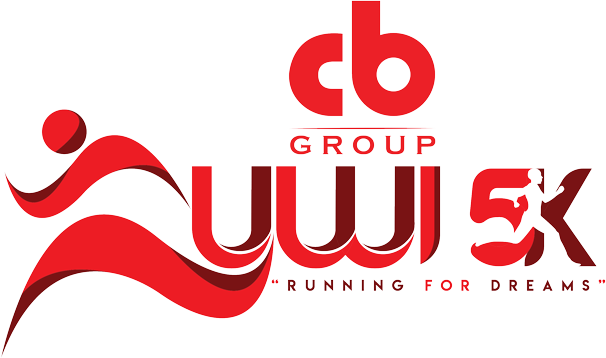